Spotlight On Witley Court and Gardens

Formerly a place of lavish Victorian parties and royal entertainments, the vast house of Witley Court was gutted by a devastating fire in 1937. Now one of England's most spectacular ruins, the remaining walls still give a sense of the wealth and opulence that was once exhibited here.

WHY WE LOVE WITLEY COURT AND GARDENS

"Absolutely beautiful place - so much room for the children to run about and lovely play areas too. We love exploring the ruins and it was great to see the fountain working!" Nikki (visitor)

"My favourite part of the garden is the east parterre because it's so bright and colourful." Jasmine, Head Gardener who has worked at Witley for 3 years. (Pictured with her dog, Monty)

"What an absolutely amazing grounds and house. I am still in awe of the fountain and the church. The staff were superb with activities held for the children, but they were entertained enough just by exploring. Just magnificent. Can't wait to go again!" Andrea (visitor) 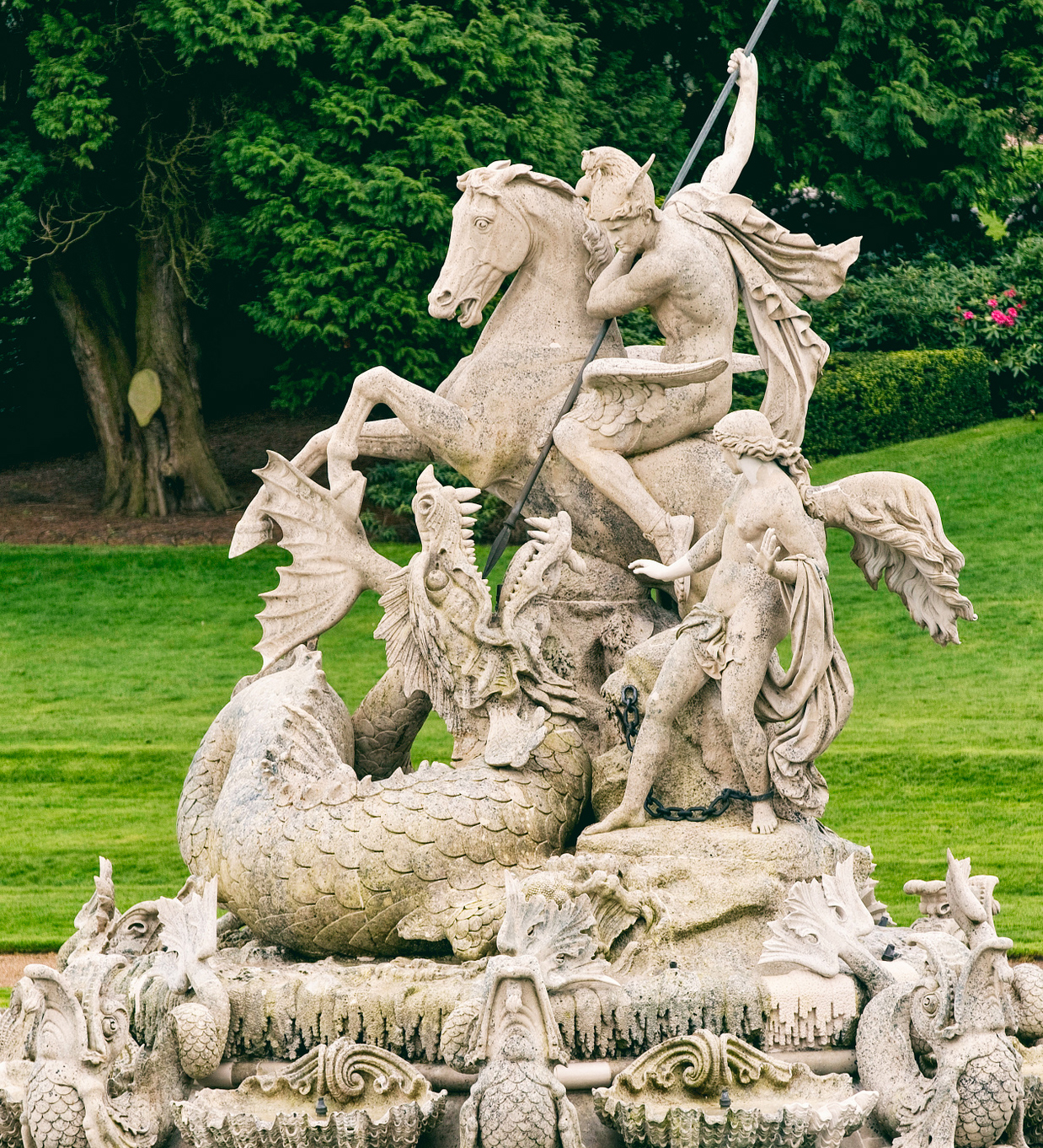 The Perseus and Andromeda Fountain

It was once described as making the noise of an express train.

Witley's impressive fountain depicts a well-known scene of Greek mythological heroism. When the vain queen Cassiopeia of Ethiopia claimed that her daughter Andromeda was more beautiful than the sea nymphs, Poseidon was angered and unleashed the sea monster Cetus to devour her. The monster slayer Perseus came across Andromeda in distress, and is seen spearing the sea monster from his winged horse to save the beautiful maiden from her fate.

120 jets are hidden among the shells, sea nymphs and dolphins of the fountain, creating a breathtaking display everyday from April to October as streams of water soar high into the air. For perhaps the best view, watch the display from the steps to the south portico.

Witley Court was closely associated with the Foley family for nearly two centuries. The Foleys made their wealth in the iron industry, manufacturing nails, but later abandoned their business and – with their new power – lived as landed aristorats and politicians.

The house later came into the ownership of William Ward. In the 1850s, as 1st Earl of Dudley, Ward commissioned the architect Samuel Daukes to remodel Witley Court. Bath stone was used to transform the property in the ornate Italianate style also used at Osborne for Queen Victoria. With his immense wealth, Dudley held lavish house parties attented by his circle, including the Prince of Wales (later King Edward VII).

Following a devastating fire in 1937, a magnificent stately home became one of England's largest and most spectacular ruins. With areas of plaster and decoration still intact, it is easy today to imagine Witley's immense grandeur and splendor. Surrounding the stark ruin, vibrant parterre gardens provide a remarkable contrast. Maintained to the standard they would have kept in Witley Court's opulent heyday, the gardens frame the house with beautiful colour.

Witley Court: Then and Now

THREE THINGS TO LOOK OUT FOR

Things to see and do