It was in the gardens at Down House that Darwin developed many of his groundbreaking ideas on evolution and natural selection. They were both an outdoor laboratory for his experiments and a place where he could reflect deeply upon their meaning. Today you can see several of his experiments recreated in the grounds, as well as Darwin's beloved greenhouses. It was here that he made revolutionary discoveries about the reproductive behaviour of plants.

The mulberry tree survives from Darwin's day with a permanent iron prop to support its weight. It still produces a crop of juicy berries each summer which stain the gravel path that traverses the back of the house from the tea terrace. Darwin's children used the mulberry tree as part of their garden playground, shinning down it from their first floor bedrooms before helping their father with his scientific theories in the meadows. You can see the tree coming into life in the short timelapse film on this page. 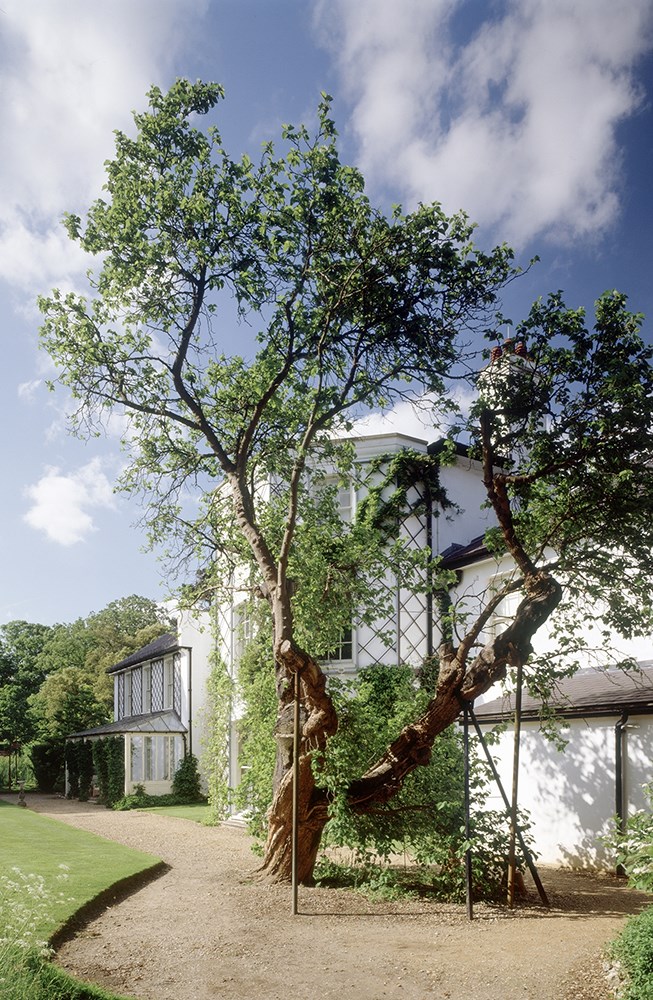 In 1855 Darwin entered the arcane world of the pigeon-fancier, where prime specimens were bred in pursuit of exotically plumed 'fancy' variants. He wanted to establish the common descent of all varieties of fancy pigeon from the wild African rock dove, in order to show how their widely differing bodily forms, plumage and colouring had been developed by selective breeding. To this end, he constructed a pigeon house that same year just beyond the service yard, enlisting his daughter Henrietta to help him look after a large collection. Sadly, the pigeon house no longer exists and its exact location is now unclear.

Pictured is a plate from Darwin's Variation in Animals and Plants under Domestication (1868).

The sundial, by which Darwin would set the clocks of his household, is between the flower beds and the veranda where he and his family would sit in wicker chairs. One of the most famous photographs of Darwin, bearded and looking every inch the thoughtful Victorian naturalist, was taken here. 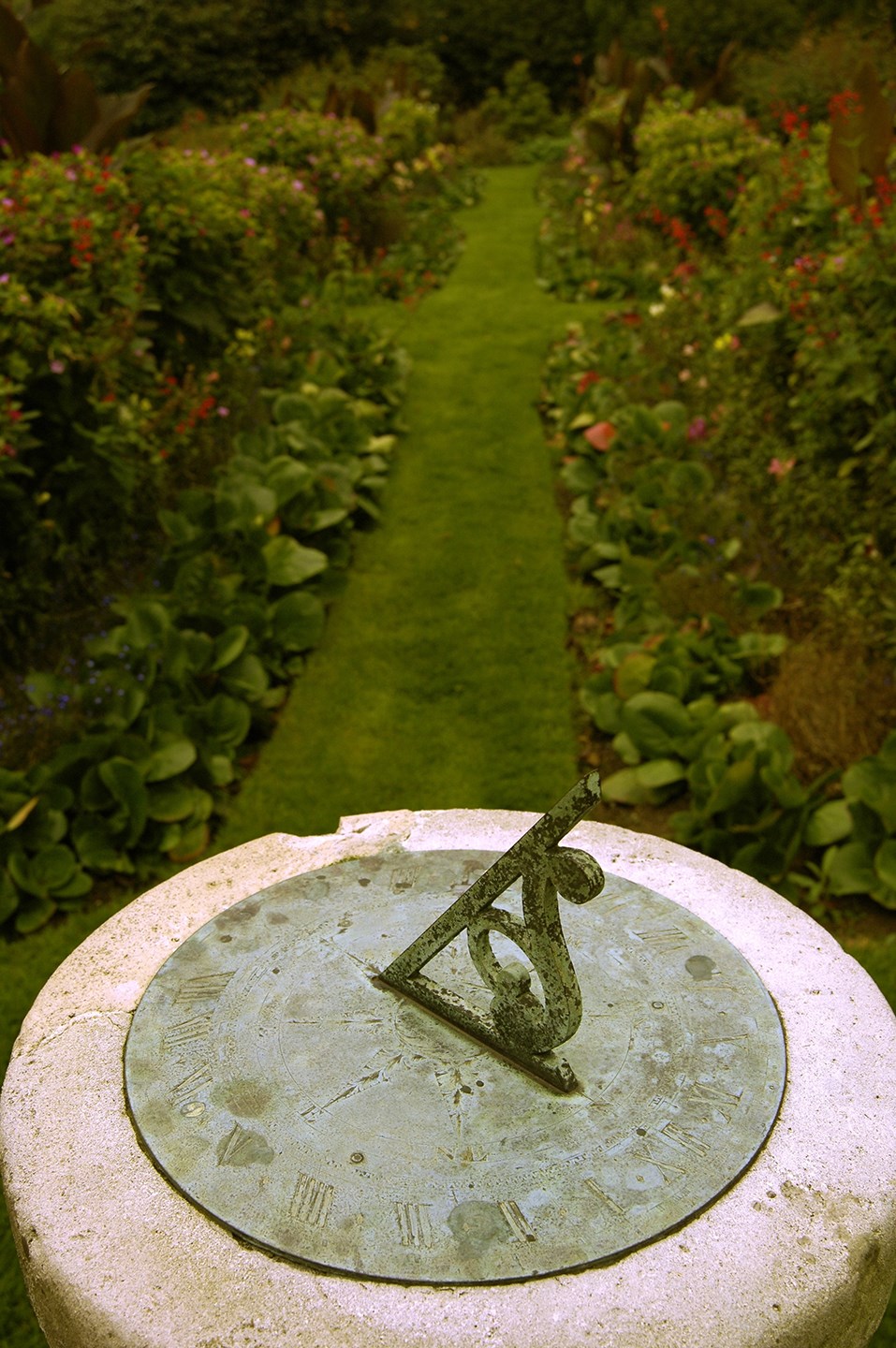 Darwin first tried to rear tropical plant specimens in the plant case bought for the drawing room at Down, but it was too small and the more exotic specimens failed. So, in the early 1860s, he erected a hothouse alongside the greenhouse in the kitchen garden to provide him with the specialised growing environment he needed for experimentation. Sloping glass roofs captured the sun's rays and a boiler system kept the environment warm and well-suited to delicate specimens. 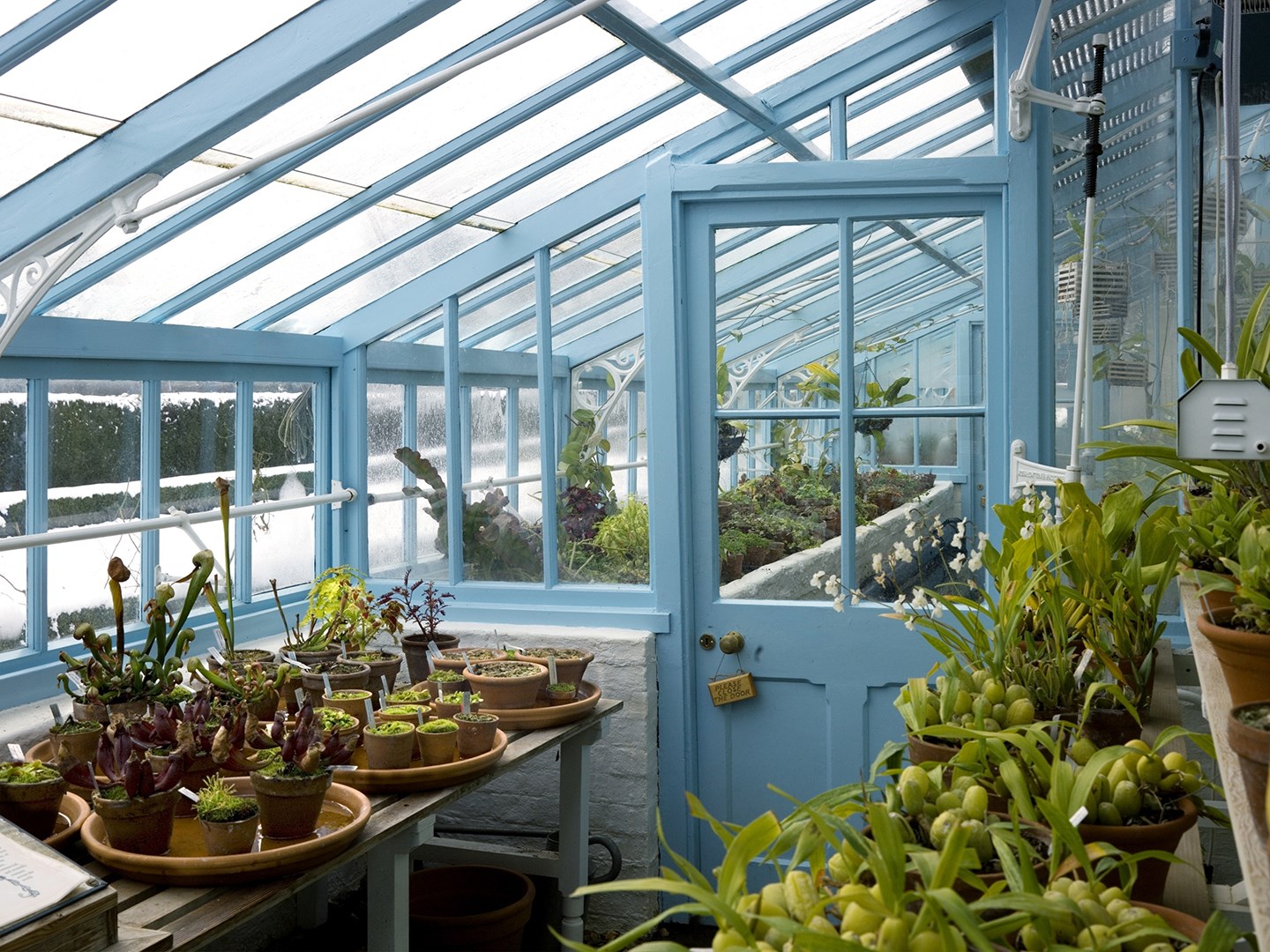 The Sandwalk was Darwin's 'thinking path', a quarter-mile walk that formed the basis of his daily perambulations around the estate. He made regular circuits five times round it at noon, for example. His children skipped alongside from time to time, teasing their father by adding stones to the pile he would kick away to count each lap, but mostly Darwin walked alone, 'using a walking-stick heavily shod with iron which he struck loudly against the ground', as Darwin's son Francis recalled. 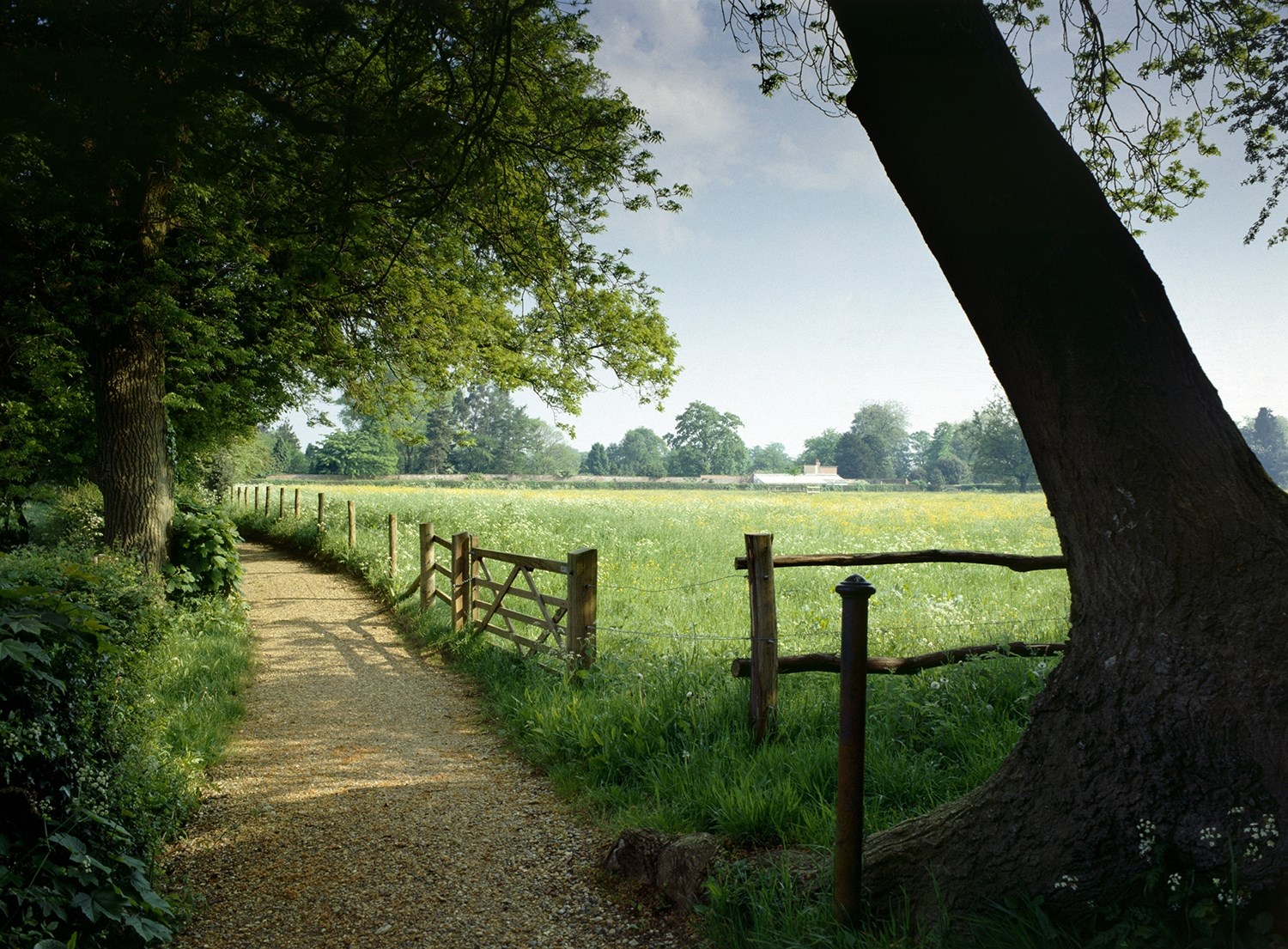 The meadow is a 15-acre field of roughly triangular proportions bordering the kitchen garden to the right, and the road on the left. It is dotted with beech trees and hawthorns, together with a few specimens of walnut and cherry trees. Darwin improved the quality of the soil in the Great House Meadow by sifting out flints and had it cut for hay. He also monitored its plant and insect activity, and it was here in 1854 that he first orchestrated his children to watch for bumblebees buzzing from tree to tree, and discovered that red clover depends on bumblebees to fertilise its flowers. 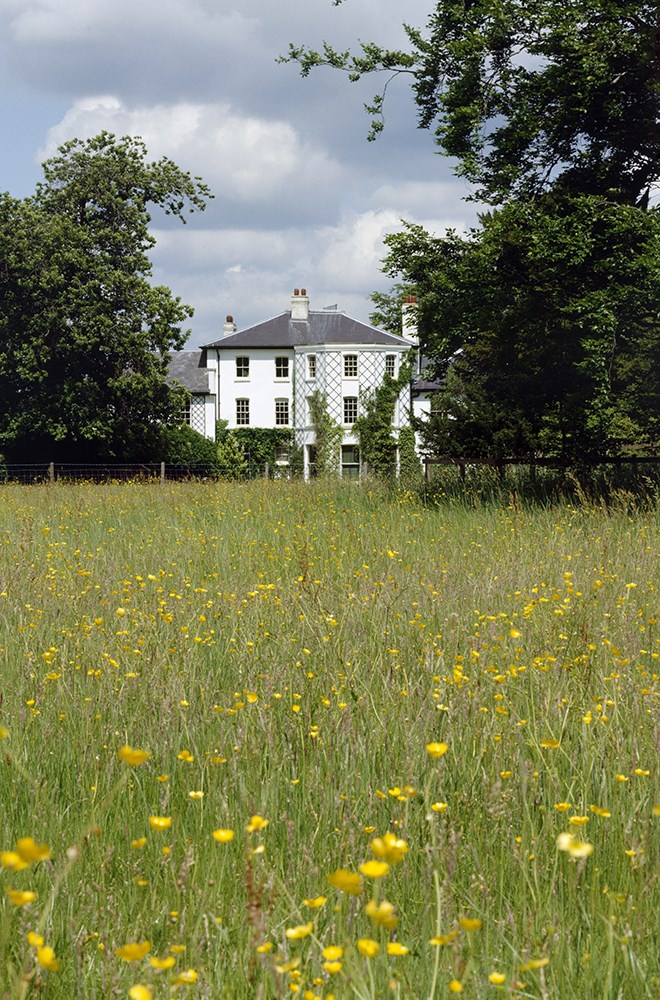 In the late 1850s, Darwin took over a corner of the kitchen garden for his 'experimental beds'. He experimented extensively with primrose seeds (Primula vulgaris) and cowslips (Primula veris), eventually discovering that two distinct form of the same genus existed, in plants, in order to compel an insect pollinator to cross-fertilise between the two, a major step forward in his investigations into plant evolution.

A simple experiment that took place in the north-west corner of the lawn at Down utilised a circular stone slab which was laid onto the soil with two vertical metal rods bedded in the chalk beneath and protruding up through a hole in the centre of the stone. Darwin's son Horace developed the 'Wormstone' in order to measure the movement of soil displaced by the action of worms underneath. He eventually deduced that the stone sank two millimetres a year. 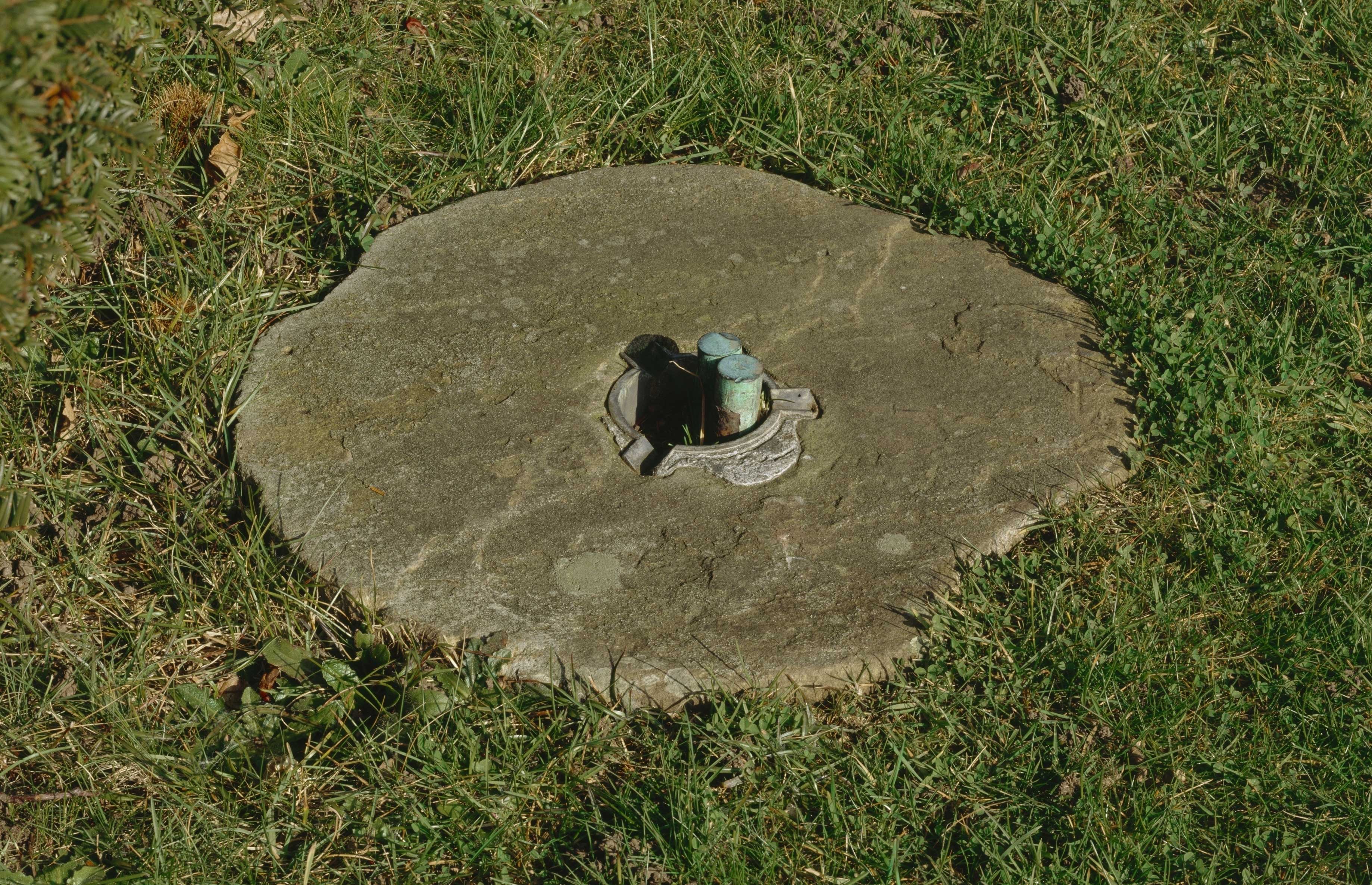 Darwin reserved perhaps his greatest botanical fascination for insectivorous plants, in particular the sundew Drosera rotundifolia. He cultivated dozens of Drosera, noting the gradual curling of their sticky tentacles around an unsuspecting fly or gnat. He fed them specks of raw meat, egg white and even nail clippings. His resulting work on Insectivorous Plants (1875) reveals the relationship between insects and plant predators. 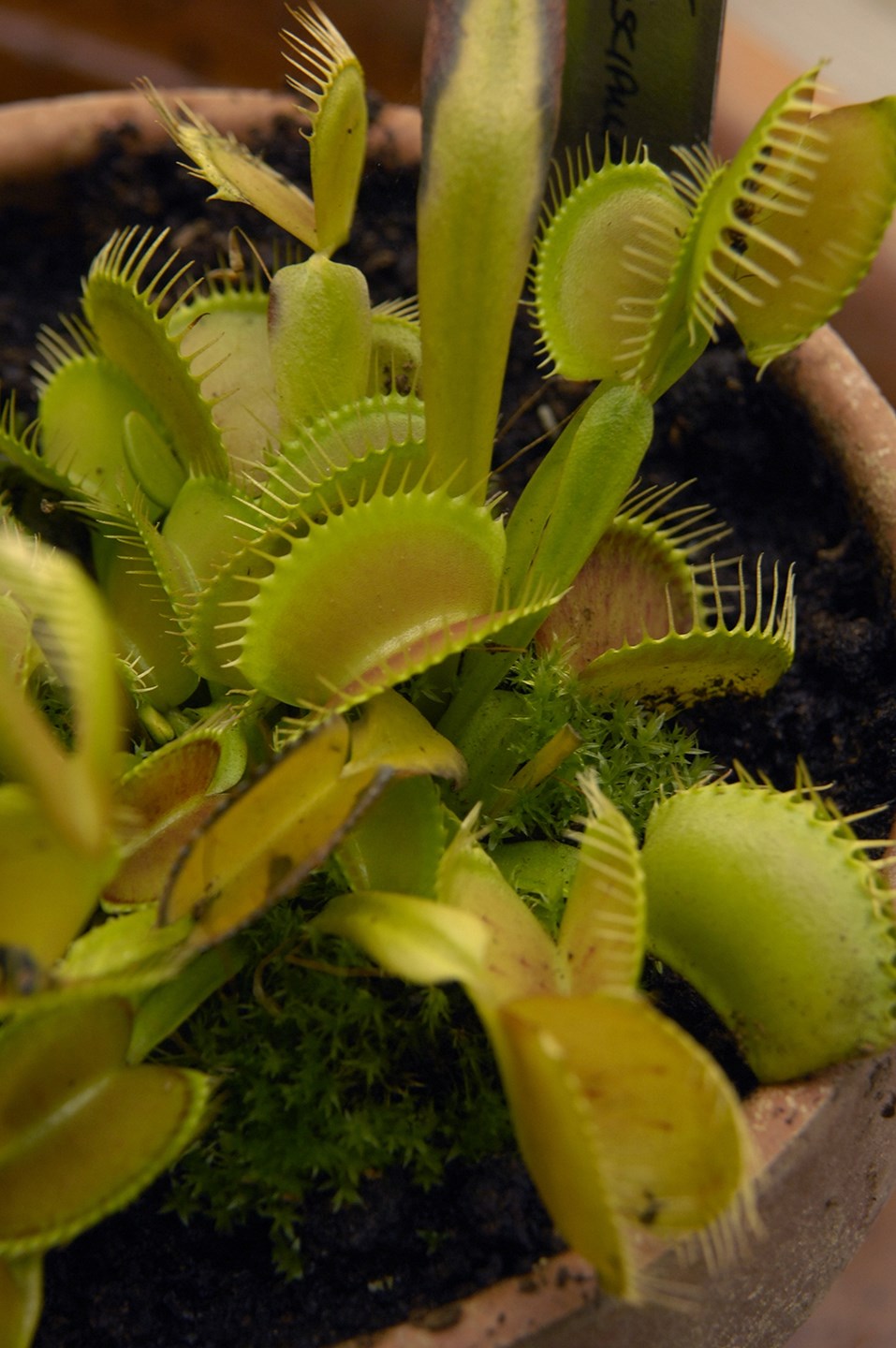 As an undergraduate at Cambridge, Darwin had studied the reproductive biology of orchids, and was fascinated by the unusual anatomy of the plant with its twin bulbous pollen heads. He had collected rare specimens during his voyage on the Beagle and years later, in the glasshouse at Down, he investigated his theory of orchid reproduction dependent on insect pollinators. He ended up correctly predicting that one day a moth would be found with a 30cm tongue, capable of reaching the nectar of the Comet orchid (Angraecum sesquipedale), pictured. 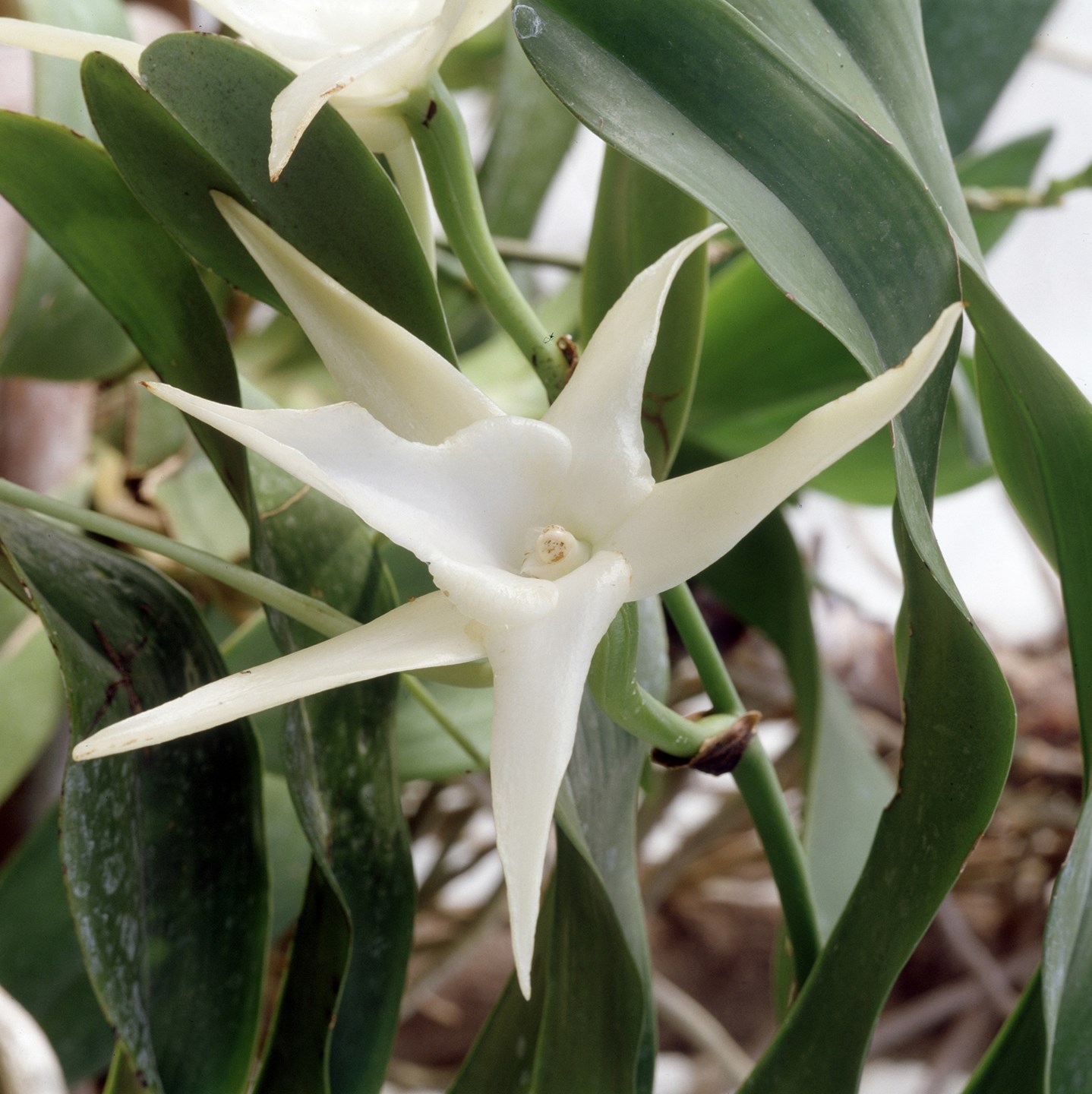 Watch the famous mulberry tree in the gardens at Down House, Darwin's home, come into leaf in the springtime. You can see the tree on the centre right as it gradually turned to green over a period of some six weeks in spring 2018. Look out for some dramatic sunsets and wet weather, too!

This tree has been in place since Darwin owned the house. His children would climb out of their bedroom window and down the trunk to join him at his work in the gardens. Although the heavy tree is now supported by an iron prop, it continues to provide mulberries each summer.