How Your Support Helps 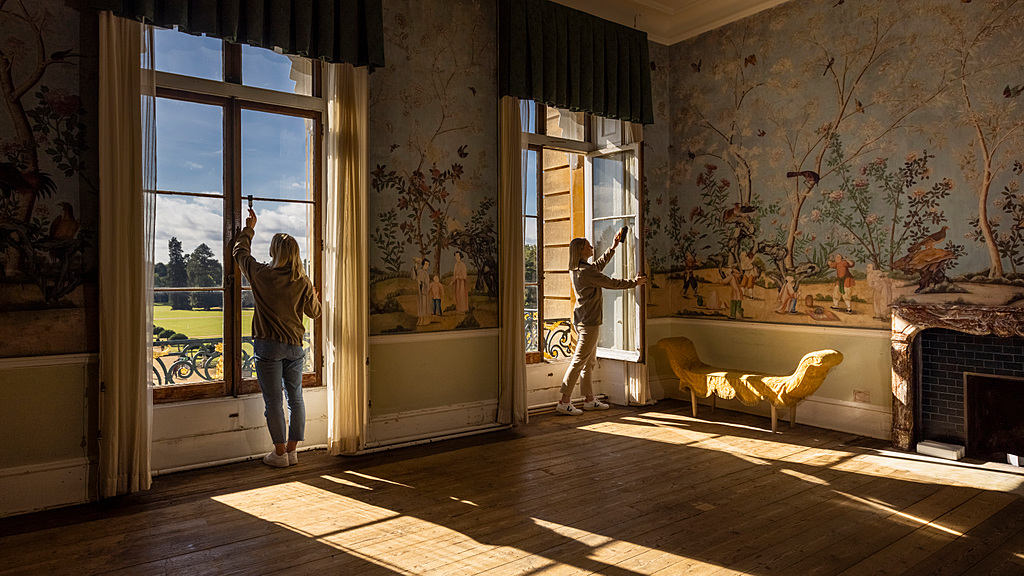 With the help of members and donors, vital conservation projects are taking place across the historic sites in our care. Here's a snapshot of some of this essential work.

At Dover Castle, one of England’s greatest castles, we have embarked on a major conservation project which will maximise the castle’s potential and ensure its survival for future generations. Supported by Keymer, in the summer and autumn of 2021 we have repaired stonework to keep the walls, towers and gatehouses in good condition and replaced sections of the roof of Constable’s Tower.

In 2021 we saw conservation take to the road. Kindly supported by Sir Robert McAlpine, our specially equipped van travelled to many of our sites from May to October, providing a host of hands-on conservation workshops for all ages. These gave an insight into how we look after our heritage while doing fun and creative activities.

Saving an Icon: The Iron Bridge

The Iron Bridge is one of the wonders of the modern world. Built in 1779, it was the world's first iron bridge and it has become an icon of the Industrial Revolution. But nearly 240 years later, it is showing its age. Stresses in the original ironwork and decades of ground movement are causing the ironwork to crack, putting the bridge at risk.

In 2017, we commenced a vital conservation project on the Iron Bridge, our largest since becoming a charity. Following extensive surveys, the major project drew upon the expertise of world-class conservation specialists to carefully examine, clean, conserve and repair the different elements of the bridge.

From the iron radials and braces that hold the bridge together, to the deck plates and wedges, the stone abutments on either side of the Severn - and of course the stunning iron arch itself  - the conservation work has helped preserve this revolutionary piece of British history that has inspired people for over two centuries. Thanks to your help, it will do so for generations to come.

During the 2015 Cumbria floods, fast-flowing water from the River Lowther damaged the 15th century remains of Shap Abbey. We've spent almost £140,000 to restore the abbey's medieval masonry and to better protect it from floods in the future. We also worked with ecologists to ensure that our work didn't disturb the habitats of animals that live in the River Lowther, like rare white clawed crayfish live and a family of otters.

The work was essential to ensure Shap Abbey's future, and there are so many more sites that urgently need help. Shap Abbey is free for everyone to visit, so we make no income from ticket sales - and in fact, we look after over 250 historic places that charge no entrance fees.

Brodsworth Hall, Shap Abbey and Iron Bridge are not alone. At over 400 historic sites across the country the conservation challenges are growing. By supporting vital conservation work you're helping to care for these places and ensure that future generations can experience the story of England where it really happened.

Be a part of the story

Back to how your support helps